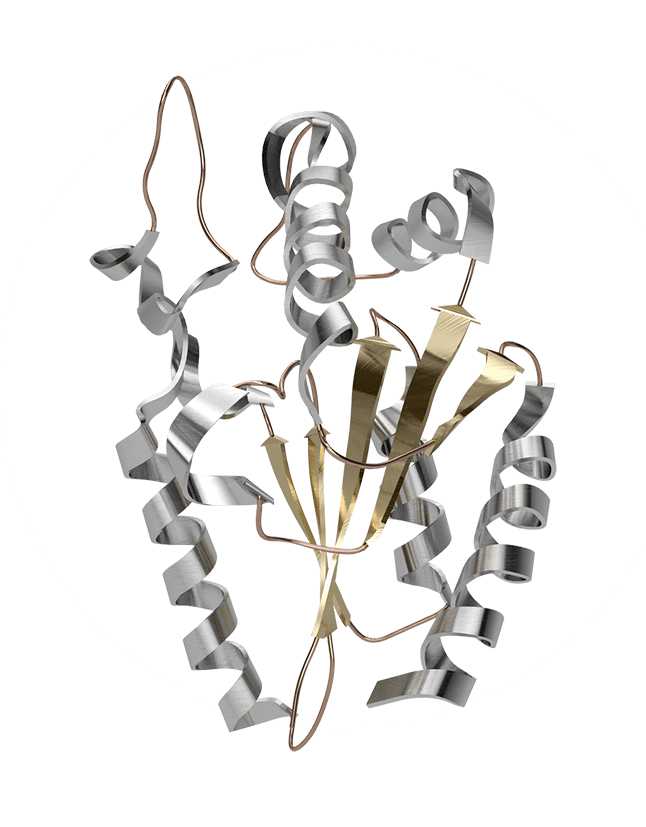 HOW CLUMPING PROTEIN CONTRIBUTES TO AGING

Proteins are the building blocks and workhorses of our cells.

Each cell contains many millions of proteins. Proteins are continuously broken down and built up.

However, this process is not perfect: some proteins are not broken down and keep lingering around in the cell. They clump together and start to accumulate.

Old cells contain large amounts of accumulated protein waste that prevents the cells from functioning properly. In some cases the cells are so stuffed with proteins that the cells die off.

Protein accumulation plays a role in all kinds of aging diseases, such as Alzheimer’s disease, in which mainly proteins such as amyloid beta, tau and TDP-43 accumulate.

Proteins that build up in the nerve cells are one of the reasons reflexes and temperature regulation deteriorates in the elderly.

“Proteostasis” refers to “protein homeostasis”. Homeostasis is the delicate, healthy balance that cells strive for to stay alive and function properly.

There are different ways in which cells protect themselves against harmful protein accumulation:

These are small molecules that form a shield around proteins, making them less likely to clump together. Examples are glycine, an ingredient in NOVOS.

This is the digestion of proteins and other cellular waste. Specialized parts in the cell (lysosomes) gobble up and digest proteins. Some natural substances that can induce autophagy are lithium, pterostilbene and glucosamine, all ingredients in NOVOS Core.

Proteins are labeled with a small protein (ubiquitin), tagging them for destruction in the proteasome, a specialised structure in the cell that breaks down proteins. The proteasome is a shredder-like machine that cuts up the proteins.

The Unfolded Protein Response is a defense mechanism of our cells which is activated when too much proteins start to get damaged or accumulate. An example of a NOVOS ingredient that can activate the UPR is acetyl-glucosamine sulphate, which is found in hyaluronic acid.

As people get older, these protective systems work less and less.

Proteins accumulate in and around the cells, causing the function of the cells to deteriorate, all contributing to the process we call aging.

NOVOS’ Approach to Loss of Proteostasis

NOVOS Core contains various ingredients that can slow down the process of protein clumping.

For example, the small natural amino acid glycine acts as a chaperone that can protect proteins.

Pterostilbene, glucosamine and lithium induce autophagy, so that more proteins and other cellular waste is broken down more.

Hyaluronic acid contains acetyl-glucosamine, which can induce the Unfolded Protein Response, a process that extends lifespan in animals. 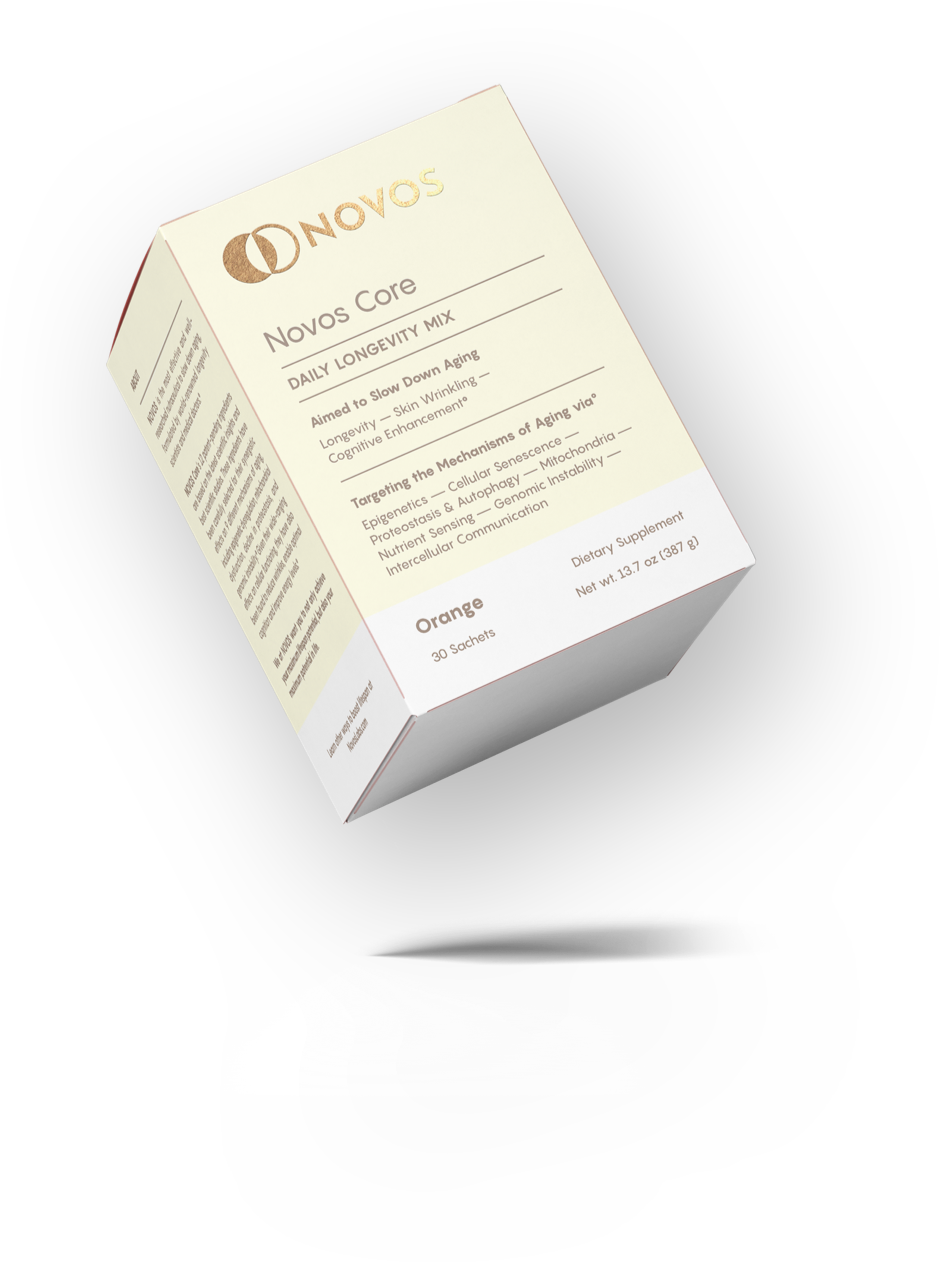